Yep, you read that right. I am vegan-ish or veganish, however you want to spell it. I would say that I am vegan 60% to 85% vegan (depending on the week). If you are deeply offended by that I’m going to assume that you are either a hardcore vegan, or, you really enjoy your meat (and dairy), a lot. Either way, no need to feel threatened. Being vegan-ish is the easiest way to make the BIGGEST POSITIVE IMPACT without making the BIGGEST FUSS (sorry hardcore vegans, I’m not a part of the cult). Are you vegan-ish? What percentage are you at? Even doing just Meatless Mondays would make you almost 15% Vegan… (or flip it the other way, like I do, and have Meat Mondays (vegan the rest of the time), that would make you 85% Vegan)

Think about it. If all the US consumers ate vegan 85% of the time. Those industries would lose 85% of their profits, effectively shutting down factory farms (for slaughter and for milk) because there is no longer the demand in the market. Now that more people are starting to be vegan the market demand is for VEGAN products that are environment conscious too! A lot of times nondairy and non-gluten foods are marketed together due to allergies, creating vegan options where there wasn’t one before. The phenomena has hit the agriculture and livestock industry hard already, due to this shift in diet and a few other factors outlined in this article: https://www.farmaid.org/issues/farm-economy-in-crisis/looming-crisis-american-farms/

What does being Veganish mean? | What is Vegan-ish?

This means being vegan part of the time. Many participate in Meatless Mondays to help eliminate that 15% of the meat (and possibly dairy) in their diet. Some like having only vegan foods in the home (or as close as possible), while still enjoying the occasional non-vegan meal while dining socially or for a special occasion. Some are vegan MOST of the time. Veganish people will sometimes have Meat Monday, making them 85% vegan. Although, nowadays there are SO MANY MORE delicious vegan options than there were even just a couple years ago (when I started the transition to vegan-ish) and these options continue to grow as the demand continues to grow. Are you ready to be vegan-ish?

Yes. And then they regret it, for many reasons. For me, it’s a wild combination of all the things you would probably think of, BUT if I’m being honest, the biggest reason that I want to stay vegan more than the 85% (going into full vegan territory) is because my body is no longer used to the processed foods, the meat, and the dairy. My body HATES it so much. I feel absolutely terrible the next day. Inflammation throughout my entire body, my joints, headaches, you name it. ALSO, my body odor smells waaayyyy worse the next day or so, as I digest it. And the kicker is the fact that your poop smells so much worse, yep I said it. It may be TMI, but the truth is, if your bowel movement (or your kitchen trash) smells like something died… that’s because SOMETHING DID!!! Soooo it makes sense that it smells that way… Having a vegan kitchen is great because the trash doesn’t stink, the dirty dishes don’t stink like death. I don’t have to worry about raw meat cross contamination food poisoning. I can use almost all of my kitchen waste for my garden compost, we barely have to take out the trash or roll out the trashes for the weekly pick-ups. And now I want to grow my own food – which is feasible now that I am mostly plant based. I joined a local CSA (Community Supported Agriculture) so I get a share of the local farm harvests every week. I can supplement this with my own home grown fruits, veggies, and herbs! Super cool and supports those local farms! Also, many of these local farms are organic and don’t use pesticides. Even if they can’t afford the official certification, you know you aren’t eating all the crazy chemicals and GMO products from the grocery store. By eating local foods you also cut down on your carbon footprint because in a standard grocery store semi-trucks full of food travel across the country (and/or are imported internationally) to get there.
I like to think about the bigger picture and how my choice to be vegan and local even just 85 percent of the time will make a huge positive impact overall. This effect only grows stronger as more people make this shift. Start with Meatless Mondays! Then do Meatless and dairy-less Mondays. And just keep growing that Veganish lifestyle. Meatless Mondays starts you at almost 15% Vegan. It’s easy to do your part and every bit helps! Buying that vegan option at the food truck on a whim or “just to try it”, helps that vendor sell that entree and keep it available for future vegan-ish people. Every bit helps. Thanks for reading!!

I created this shirt design so I can represent lol! Of course it’s a sustainable eco-friendly t-shirt, made with recycled polyester and organic cotton!! Enjoy! 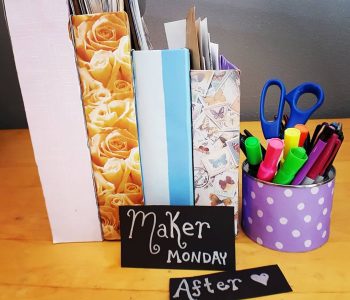 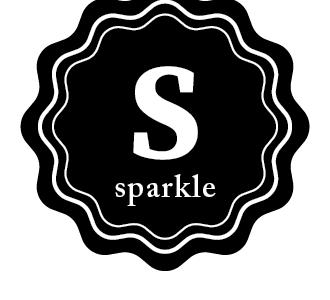 What does Sparkle mean? 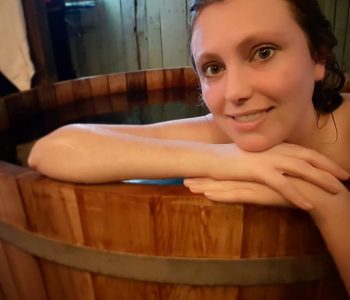 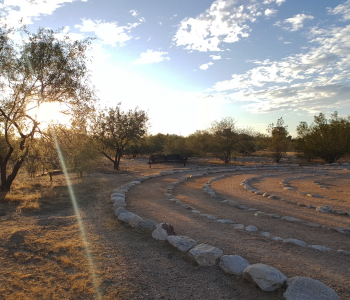 What is a Labyrinth?

The Best Advice I’ve Ever… 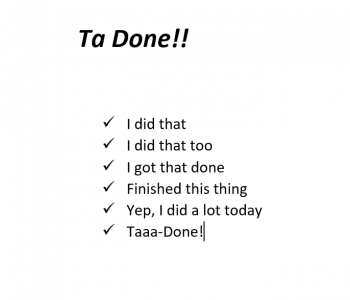 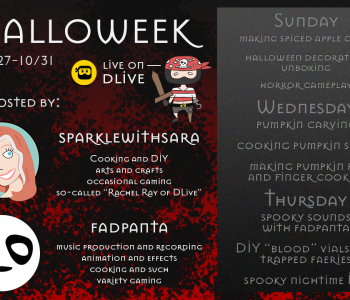